Traveling The World
Displaying His Grace 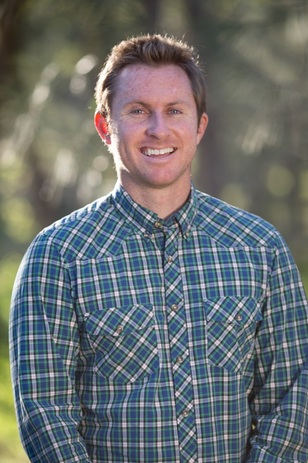 Kris Kildosher grew up around church and around Christians but that did not make him a follower of Jesus.  Responding to an invitation to be born again at age 7, Kris remembers that day and feeling a hand walk with him to the altar of First Baptist Church Tequesta, Florida.  Seeing God’s Presence at work there and between other churches growing up, Kris had another profound encounter at age 14, but seeing church politics and things that did not connect with intimacy with God,  he walked away from much of church shortly thereafter.  At 16 a man who is still a father to him today questioned him saying, “There is a call of God on your life…”  Kris responded, “I know but I don’t want it.”  Spiraling downward into destruction and sin,  Kris believed that he could live between light and dark and somehow be a better person to those who were lost without being as “weird” or “churchy” as those who were full of light.  He was wrong.  At 19 years old Kris was living as a practical atheist.  There as a college student in Southern California blinded and bound by sin,  God’s love was still set upon Kris.  A friend invited him to an evangelistic meeting.  The speaker prayed for Kris at the end and spoke over his life.  Another friend challenged Kris to read the bible - and so he did.  Kris would come home from drinking and partying to read through the gospel of John and then the book of Acts.   One night the Holy Spirit spoke to Kris so clearly and undeniably.  “Kris,  you say that you have given me everything.  You are not only lying to me but you are lying to yourself.  I love you so much that I will let you keep living the way you are living, but you know the end of it.”  … and Kris saw the end of it.  In that moment the cross of Jesus Christ became so much more real to Kris.  He saw himself dead in his trespasses and sins and Christ’s ultimate sacrifice clearly demonstrating freedom, love and complete devotion to Kris in the midst of his evil choices.  Kris knew if he continued in the way he was going - denying Christ in truth and action - he would find himself one day forever without intimacy with Christ in a devils hell.  Not God’s choice but his own.

For two days he wrestled in tears and emotion as God spoke to Kris to surrender different areas of his life that were killing Kris.  God said, “You care more about what people think than what I think…”  Kris knew this was strangling himself.  “You take pride in your intellect and think it makes you better than other people.”   God spoke to each of the bondages in  Kris’s life.  One by one Kris found himself saying to God, “I give it to you.”  Or “I don’t know how to surrender that to you but I do.  Help me.”

Jesus’ rescue mission, to save and deliver Kris and all of humanity from bondage was utterly clear through the cross.  To reveal the perfect love of God as a Father, God Himself took upon Himself all of our pains, sorrows, bondage, poor choices and brokenness - what the bible calls sin  - so that we could forever live in clear communion and know God’s love for us as a Father.  Kris had a disease that only had one cure.  The cross of Jesus Christ.  But a cure is only good to an individual if the individual receives it.  Forgiveness must be recieved.  The abundance of grace and free gift of righteousness must be received to overcome in life by the power of Holy Spirit.   And on November 7th, 2008 in a beach apartment in Southern California Kris finally surrendered and received Jesus Christ as Savior and King.  Surrender to God is not surrender to a tyrant.  It is easy to serve a King who has already done everything to serve us in His Love. Yet,  there is freedom found no where else and giving our lives to Jesus is an all or nothing equation.

...My Friend,  if you do not have a personal relationship with Jesus Christ then now is the time to make a choice.   Are you able to say Jesus is the Lord of your heart and King of your life?  If not there is no better time than now to surrender your life to the One Who has loved you since before the beginning of time.  His arms are wide open to you.  His nail pierced hands waiting to wrap around you with love.  Surrender to love today...  Pray this prayer with me...  "Jesus you truly are Lord of all.  You were crucified for me and are now alive - resurrected from the dead.  I want to follow you.  I choose your will. I surrender my life to your purposes and receive your gift of forgiveness for sin in my life.  Fill me with your Spirit..."


if you just prayed that prayer.  Please message us here.  We would be honored to hear from you and connect you to a community of followers of Jesus....


...story continued....
Later that week Kris’ friends who were Christians came over and shared with him how they had been continually praying and fasting for Kris to surrender to Christ.  They layed hands on him and he experienced an overflowing of emotion and power from his innermost being.  When we receive Christ we receive the Holy Spirit.  And Jesus desires to baptize us - literally immerse us in the Presence of Holy Spirit and power - leading unto a powerful witness by the grace and Glory of God.  This power resulted in emotion - both joy and tears -  power like electricity surging through Kris’ body, and words of adoration in language that Kris knew not.

Powerful things took place as a result of this.  The spiritual realm became so real to Kris.  He could see the great battle over humanity going on around him. People bound the way he was.  The blind leading the blind.  The light of Jesus being so clear,  Kris began to share his faith and experience with those around him.  Praying in a prayer meeting Kris heard the external audible voice of God the Father.   God said, “Preach the gospel among My children.”   Kris was stunned and grabbed the person next to him and shook them just to make sure.   Did you say this?  Even though Kris heard God’s voice come from up above him and knew undeniably that this was God.  Two weeks later Kris heard the same voice come again with a call.

Kris would come home from school and feel God waiting for him in his apartment.  He erased his hard drive from stolen material and songs and had one Christian album he had bought that he would listen to on repeat. Kris would weep for people, groups, and nations and experience waves of God’s tangible love flow through his body for hours.

With his friends,  Kris began to see miracles and instantaneous healings as he and other believers would lay hands on people in Jesus Name.  People began to receive Christ and be filled with the Spirit all around Kris and his friends.  There was a buzz in the air.  Miracles were happening.   Kris scoured books and the internet looking for mentorship along with receiving help and leadership from the church in which he served and participated.

Kris told Jesus he would gladly wait tables or do any kind of work to simply be able to preach the gospel and plant churches centered around God’s Presence, purposes and community in houses or wherever they would be allowed to meet.  Through many confirmations Kris felt called to go to bible school in Northern California where he ended up living and then traveling from- preaching the gospel for 7 years.

During this time Kris traveled all over the United States and to over 14 nations - many of these places multiple times -preaching the gospel,  healing the sick, and activating communities of Christians to do the same.  Leading missions teams of bible school students all over the world - Kris answered the call from God from years before.

During this season Kris traveled to Omaha, Nebraska to facilitate healing meetings and trainings,  Kris found Himself and the team there astounded as Jesus invaded the meetings with His Love in ways he had not experienced before.  Great signs and wonders and overwhelming love permeated the atmosphere of these meetings where both skeptics and the hungry began to flock to be saved, set free, healed and empowered.  Many came to Christ amidst outstanding signs like voices of angels singing in the building while no music was being played,  miracles of healing happening as people simply sat or stood in the room or watched on line, and people coming into the room and “feeling something” that made them weep as they just entered.  This experience spread to surrounding communities as Kris and his friend Josh extended their stay for weeks on end.

While preaching in extended meetings in Omaha, Nebraska,  Kris met an on fire woman of God who he felt drawn towards in friendship and later companionship.  Josee and Kris spent a year getting to know each other before Kris proposed to Josee and they were married.   They spent the first year of their marriage in Santa Cruz, CA before feeling a call from God to move back to Southern California where they joined a team of people in a church plant dedicated to the Presence of God being known to all.

Today,  Kris still travels the world in adventure with His Father sharing the gospel and activating communities to live life infused with the power of Holy Spirit.  The love of God in Christ Jesus is His primary message and transformational encounters,  miracles, and healings happen everywhere both he and Josee travel. 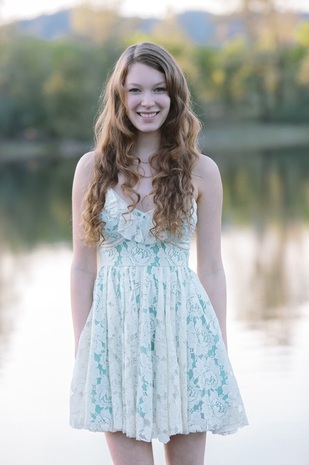 Josee Kildosher
Josee Kildosher is an on-fire worshipper of Jesus whose heart is filled with love for the lost and broken.  Josee speaks with poise and passion to impart identity and empowerment.

Wherever Josee goes, miracles are a normal part of life and her candid sharing helps people receive of His abundance of grace.

Kris and Josee Kildosher
Having pastored at Presence Church of Orange County and overseeing a school of ministry Activate OC , now Kris and Josee live and travel from the Midwest into the nation and nations with the gospel.

Together,  Kris and Josee continue to share God's Love to this generation in aim that all people would experience Love and turn to God, Whose Face is revealed in the Person of Jesus Christ.